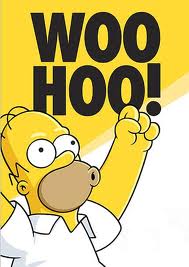 That’s what it felt like this week. Maybe that sounds a bit dramatic, but the news just came so suddenly. Ever since this season began and people would ask me how much longer the show would last, I’d tell them that this was the final season of the actors’ current contracts and that, for the show to continue, a new deal would have to be struck sometime between December and next February. This is the way it’s been for all the previous contract renewals. The abrupt announcement from FOX that a new deal would have be agreed to within the next three or four days was shocking. And, of course, all the press surrounding the news was very pessimistic. I could have picked up the phone and asked Al Jean what the skinny really was, but wasn’t certain if he would or could comment to me and I was sure he was in the thick of it and had better things to do than talk to me about it. So, I just waited with everyone else for the Friday-Noon deadline.

At Noon on Friday I was on the 405 headed toward FOX to spot NABF21 “Replaceable You”. There was no news yet on the radio, nothing on the ‘net, so I just headed in to the studio and waited some more. Spotting started at 1:00PM and when Al walked in Alf and I asked what had happened at the deadline. Al said nothing yet, but he added some encouragement. “Don’t believe what you’re reading. I don’t know anything for sure, but I’m more optimistic than not.” That was the best news I’d heard in 72 hours. We continued with spotting and during the session Al’s cell phone rang. We were hoping for news, but it seemed to be a reporter who had gotten hold of Al’s cell number and was seeking comment. Al gave “no comment” and after he hung up he joked with us, “If I had given a comment it would have been ‘you haven’t gotten anything right!'”

The session ended about 2:30PM and suddenly twitter was ablaze with the news that the actors had agreed to a deal but that contracts weren’t signed just yet. These stories were coming from ABC News and The Hollywood Reporter so I felt good about their authenticity.

I headed over to the scoring stage to record the music for NABF19 “Tree House of Horror XXII” I told everybody in the room what I had just read and all seemed happy and relieved to hear it. Then about 3:45PM I got a call from Larina Adamson saying that we were going to record a special song on Monday, October 10, and that we needed to hire a singer to sing in Dan Castellaneta’s place. I asked why wasn’t Dan singing the song himself. Larina said that it was because the contracts for the new deal weren’t signed yet so we needed to hire another singer. So the wheels were in motion to hire a replacement singer. At 4:30PM Larina calls me back and says, “The actors signed! Dan will sing the song himself Monday at 10:00AM!” I checked the Internet and sure enough, the news was breaking everywhere that the new two-year deal was signed.

It felt so good to read the news and at the same time I felt a little like I’d been duped. All the angst I’d felt for the past three days! Was it wasted emotion because it was all just a ploy by FOX to plant “imminent death” notices in the press in order to get the cast to cave in to their demands? Of course we’ll never know the whole truth but it was very strange to have such mixed emotions at what was clearly good news.

So now the road to 500 will extend all the way to 559 and, quite possibly, beyond to hear Al Jean tell it.

In the meantime, I’m swamped once again by the multiple tasks of starting NABF21 “Replaceable You” (airing Sunday, November 6, 2011 – episode #490 on the way to 500), editing and preparing to dub NABF19 “Tree House of Horror XXII” (airing Sunday, October 30, 2011 – episode #489 on the way to 500), getting ready to direct Dan Castellaneta and Anika Noni Rose on Wednesday in a duet for next season, all while preparing for the “secret song” with Dan on Monday (Al Jean hints at the “secret song” in the article I linked to above).

But it’s a happy swamp that I’ll gladly wallow in for at least two-and-a-half more years. 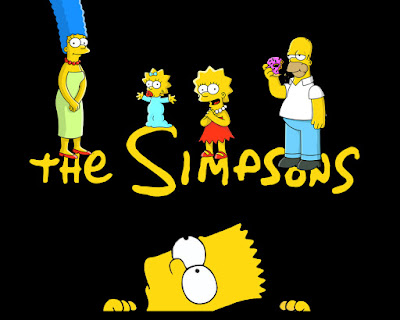 10 thoughts on “A Near-Death Experience”