This story is about 2 weeks old now, so that means it’s time for me to weigh in.

As I was reading my Twitter feed back on Jan 25, I came across this tweet from my buddies @Simpsonology: 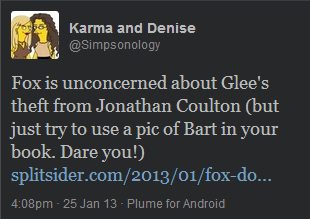 I hadn’t heard what the brouhaha was all about, so I read the article. If you haven’t read the article (or don’t care to), the gist is that in 2005 Mr. Coulton produced and performed a “cover” of Sir-Mix-a-Lot’s big hit “Baby Got Back” which the FOX show GLEE apparently used in a recent episode without seeking Mr. Coulton’s permission or paying him any royalties (I am confident that FOX did obtain the proper licenses and paid the appropriate fees to Sir-Mix-a-Lot). A “cover” is a different version of a song than the one produced and recorded by the original artist. So the question is, is FOX (or GLEE) in violation of any copyright laws and do they owe Mr. Coulton anything (e.g., money, credit, an apology)?

Before you read any further, remember that I am NOT an attorney specializing in music or any kind of intellectual property rights. You are NOT authorized to go into court and say, “Chris Ledesma said I could!” I am just a humble music editor who has been around these issues for the past 25+ years and have learned a great deal just by keeping my ears open and my mouth shut.

The cut-to-the-chase answer to the above question is “no”. Of course it goes deeper than that, but basically, “no”. Mr. Coulton’s version of “Baby Got Back” cannot be protected by copyright because Sir-Mix-a-Lot holds the original copyright of the work. “Cover” versions of songs currently under copyright may not be copyrighted. U.S. copyright law allows Mr. Coulton to record his own “cover” version without permission but he must pay a royalty to Sir-Mix-a-Lot. If “Baby Got Back” had been written over 100 years ago and had fallen into the public domain, then Mr. Coulton would be allowed to copyright his “cover” version. He could not claim authorship of the work, but he can be credited as the creator and copyright holder of the “cover” version or arrangement. I deal with this issue multiple times each year when working on THE SIMPSONS. For example, any time we do a public domain piece of music by, say, Beethoven, or Mozart, or Scott Joplin, when we record our own version for use in the show, Alf Clausen receives credit as an arranger and FOX owns the version and its recording (version is the intellectual property, recording is the physical recording on disc, tape or digital media) and copyrights both. Then both Alf and FOX receive royalties from ASCAP whenever that episode plays on TV. If we record a “cover” of a copyrighted work (e.g., “Theme from ‘Bonanza'”, or “O Fortuna”, or “Rhapsody in Blue”) then FOX must obtain permission to use the work, pay a license fee to use the work, and neither FOX nor Alf will receive any royalty for the work. To add a layer of complexity, FOX does own the recording of the “cover”. The recording is protected by the overall copyright of the episode. This means that no one may use our recording of the “cover”, but if someone wants to record their own version, it can be the same as the FOX “cover” because the arrangement cannot be copyrighted. Whew! Are you still with me? 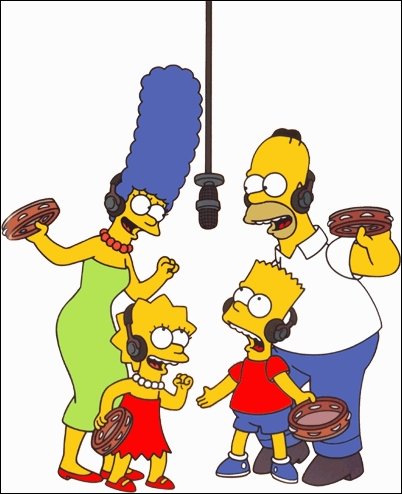 You might ask, “Why can FOX copyright their “cover” and Jonathan Coulton can’t copyright his?” Because FOX’s copyright is actually of all the content – the character design , the script, the music, and all the sound recordings, etc. – in an episode. FOX cannot claim authorship of a piece of music in a SIMPSONS episode if that piece is already protected by someone else’s copyright, but FOX owns and copyrights all recordings made for the show. Now, this does give Mr. Coulton one small possibility for damages. The article suggests that FOX may have used Mr. Coulton’s recording in the GLEE episode. That’s a no-no. Mr. Coulton has the right to copyright his recording of “Baby Got Back”. If he were to sell this recording, he would receive all proceeds from the recording, but still pay a royalty to Sir-Mix-a-Lot. If GLEE re-created Mr. Coulton’s version by making their own recording (just like we do often on THE SIMPSONS), then Mr. Coulton is out of luck. But if GLEE used Mr. Coulton’s recording without permission they would be in violation of the copyright of the recording. Audio forensics are being performed on the soundtrack of the GLEE episode to try and figure out what’s what. I’ll be following the story to see what the final outcome is.

14 thoughts on “Jonathan Coulton Vs. FOX”