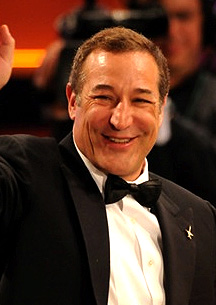 I am saddened and moved by the news that Sam Simon has terminal cancer. I would love to share stories with my readers about the madcap adventures Sam and I had during the early days of THE SIMPSONS but the truth is, I interacted with him very little. Those first couple of seasons we were both deeply immersed in our corners of the production – he: writing, producing, character design; me: music – that the only minutes we spent together were during music spotting or dubbing, and he wasn’t at all of those meetings. Two-and-half years in to the series’ run, he resigned and told people he wasn’t enjoying the work anymore.

What I do remember is that he was very funny off the top of his head, he laughed heartily at things he thought were funny, and he was seldom without a cigar between his teeth. I also remember that he didn’t quite know what to make of me – my job, really – as his TV producing experience to that point had been exclusively on sit-coms. Music for sit-coms isn’t the same type of scoring (no offense to sit-com composers) in that music is rarely used to convey an emotion during a dialog scene. Sit-com cues are almost entirely transitions or bridges to take the viewer from one scene to the next. Scoring THE SIMPSONS was like scoring a mini-movie every week and I approached the job as I had all my prior jobs. I think Sam found my method a bit intense with all the questions about character motivation, precise start & stop points for the music, subtext, etc. None of these questions were raised in his sit-com experience to date.

Sidebar: One of my favorite memories is during the dubbing of 7G10 “Homer’s Night Out” and it involves Richard Sakai. He came from a similar sit-com background and had the same skepticism about my role as Sam did. During the scene where Gulliver Dark sings, there happened to be a trombone note that stuck out of the mix a little bit and Richard thought that it had been put there intentionally to make a goofy sound during the scene – a definite no-no in THE SIMPSONS’ music mission statement. I argued in Richard Gibbs’s defense that that was not the case and that it was just a coincidence. I don’t think Richard had ever had a music editor speak for a composer to him that way before and he tartly queried me: “Who are you? The musical advocate?!” I was silent for a beat, then quietly answered: “Yes, I am.”

Sam gets a lot of the credit (rightfully so) for setting THE SIMPSONS on its path to glory. In turn, Sam gets my thanks for doing his job so well so that I could do mine and have the amazing opportunity to work on this show these past 24 years.

Of course, with Sam not a part of the day-to-day operation on THE SIMPSONS, I don’t think about him very often, but I laughed pretty hard at a recent inside joke in our show that was all about Sam … but first, a little background.

As you may know, Sam still receives Executive Producer credit on the show and as part of his severance deal with Gracie Films and FOX, he receives a piece of the show’s profits that has earned him hundreds of millions (!) of dollars since 1993. When the show started back in 1989, he was married to the actress-turned-pro-poker-player Jennifer Tilly. They divorced in 1991, and while I have no idea what their settlement terms were, suffice it to say Jennifer was in the right place at the right time. 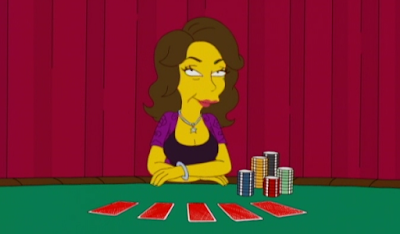 Jennifer appeared as herself in PABF16 “Gone, Abie Gone”. Homer has put Lisa’s college fund on a poker website and Lisa watches a Jennifer Tilly instructional DVD to learn the finer points of the game and money management. Jennifer’s opening line is: “Use your Simpsons money, use a little girl voice, and take ’em for everything they’ve got!” I nearly fell off my chair when I heard this at music spotting. The casual or new fan of THE SIMPSONS probably let that line just zip right past. It’s one of my all-time favorites.

It’s been a tough week for me personally where cancer news is concerned. In an earlier post I told you about my mother being the “travel agent to the stars” back in the day. One celebrity client I forgot to mention in that post was Valerie Harper. She, too, has terminal cancer. She recently did a guest voice for us in RABF03 “A Test Before Trying” 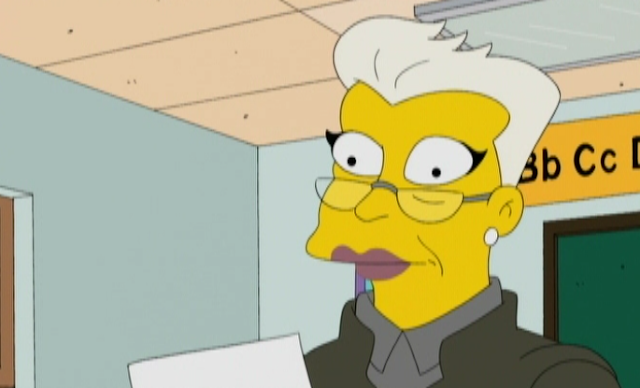 I’m not an old guy (not yet, anyway), but events like these will cause one to stop, look around, assess, reassess, and learn not to ignore or take for granted the gift of time we’ve been given.

I had only been in the union for three years and a full music editor for fewer than two in 1989, so saying it was my best year ever in show business might not be saying much … but let me tell you about it and then you be the judge. END_OF_DOCUMENT_TOKEN_TO_BE_REPLACED