This post is for music geeks. You’ve been warned.

In the episode that aired this past Sunday – RABF11 “Pulpit Friction” I once again was able to put on my classically-trained-in-music hat. There is a scene in the episode that used “The Sorcerer’s Apprentice” as temp music for the scene. Al Jean liked the way it played and he wanted to use that work in the final version of the show.

It fell to me to find a copy of the score and then “mark it up” so that it could be orchestrated and copied. “Mark it up” means to pick and choose the bars that we’ll use to fit the scene. It always sounds better to do the music editing on paper and have the orchestra play the edited score rather than have the work played in its entirety and then edit it Pro Tools. Playing the edited score always sounds more natural and “un-edited” (except to the music geek who realizes that bars are missing or have been repeated).

I start my process by finding a recording of the work and editing the track in Pro Tools by cutting it, looping it, speeding it up or slowing it down – whatever is necessary to have the music “hit” all the right “spots” in the cue. The final edited track sounds awful but I never worry about that because I know the final recorded version will wash away all sins. I send the edited version set to the picture to Alf Clausen & Al Jean for their thoughts. If they have notes, I tweak and we go back & forth until I get approval.

Next, I “mark up” the score according to the editing choices I’ve made. I take a PDF of the score pages and cross out the bars we’re not going to use, indicate where the music will start and stop, indicate cuts and jumps in the music (e.g. “go from bar 25 to 45”), etc. If you’d like to see my marked-up score click this link: Sorcerer’s Apprentice

Then this score goes out to Alf & orchestrator Dell Hake. The toughest part preparing these classical cues is that often they were written for large orchestras of 75 or more players, often with six french horns or two bassoons, or 4 trumpets. We record with an orchestra of 35 players, with only two each of trumpets, french horns, and trombones, and only one each of the woodwinds (flute, oboe, clarinet, bassoon), and our entire string section is smaller than just the violin section of most orchestras. Whittling down a large orchestra score to be played by a group one-half or one-third the size than originally intended is an art form unto itself. Then when it’s recorded, mixer Rick Riccio performs his own magic with microphone choice and placement, digital reverb, and equalization to make the group sound larger than it really is.

Here is my original edited track, complete with click track, that was the basis for the mark-up and orchestration. You may notice that the click “drifts” away from the orchestra from time to time. This is OK, because I knew that when we recorded it, the orchestra would follow the click and would be spot-on the timings.

We spent the better part of the first hour recording this cue at the scoring session, but it was well worth it when you hear the final result. FOX has been kind enough to post it on their YouTube site so that we can all enjoy it together.

I hope this post wasn’t too geeky for you, but this part of the job is one my favorites … one that lets me be more musician than editor. 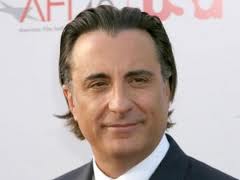 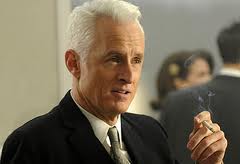 PABF01 “The Man In the Blue Flannel Pants” is scheduled to air on Sunday, November 27, 2011 (Thanksgiving Sunday) and will be the 7th episode of Season 23, #493 on the road to #500. This episode is what I call “music lite” because it is much more dialogue-driven and the music adds emotional shading here and there. END_OF_DOCUMENT_TOKEN_TO_BE_REPLACED