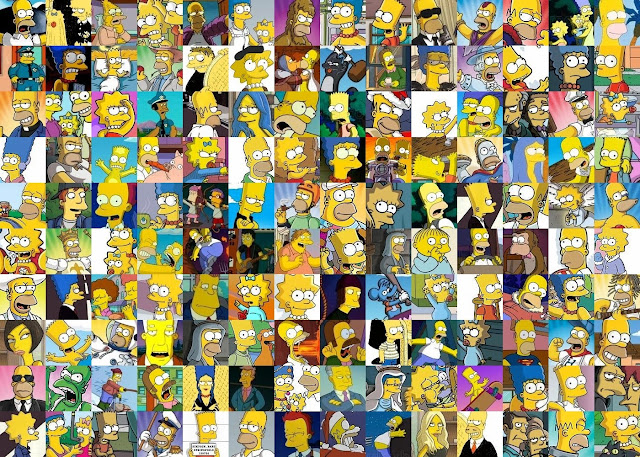 24 years on any job these days feels like a mini-miracle. 24 years on a single, scripted, prime-time television series is unprecedented. I’ve stated many times on this blog (sorry if I’m boring you) how lucky I am to be a part of this amazing experience. I’m happy to report (as I’m sure you already know) that season 25 is already underway and we will be back on the air with new episodes sometime in September, 2013.

The final few weeks of this season, just like every year at this time, were a flurry of many musical projects happening all at once.

For RABF12 THE FABULOUS FAKER BOY there was the final editing and polish on Jane Krakowski’s performance of “Makin’ Whoopee” (in Russian, no less!), as well as preparing all the Chopin pieces played throughout the episode. I got to direct Jane’s singing about six months ago and I was blown away by her ability to phonetically sing the Russian lyrics. She laughed and said she had no idea what she was singing. I’d love to hear from anyone who speaks Russian to let me know how she did. We hired amazing pianist Robert Thies to play all the Chopin works and he was an absolute pro and a joy to work with. I did all the pre-editing of the pieces on paper (on digital?) while mapping out the placement and tempos. It all worked out great. Alf was very generous in giving me the arranger credit on those pieces so I could earn a little royalty when the show airs. Thanks, Alf! 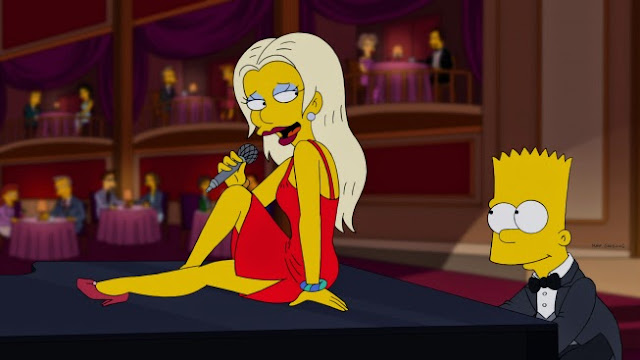 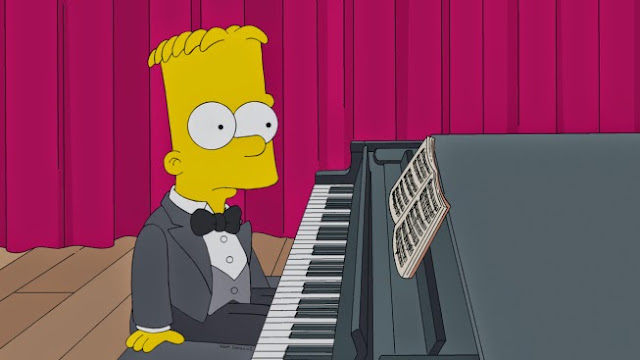 As if there wasn’t enough music going on in this episode, we were paid a visit from the producers of Robot Chicken. Continuing our new tradition of surprise couch gags by guest animators, the Robot Chicken crew did a crazy, extended couch gag for us. All the music was composed by Alf Clausen & Dell Hake incorporating new music with the SIMPSONS theme and the ROBOT CHICKEN theme.

For RABF14 (premiering tonight, May 19, 2013) THE SAGA OF CARL, about half of the score was provided by the Icelandic band Sigur Ros. Once again, the magic of the Internet allowed us to audition, sample, score, and edit their music from half-way around the world. 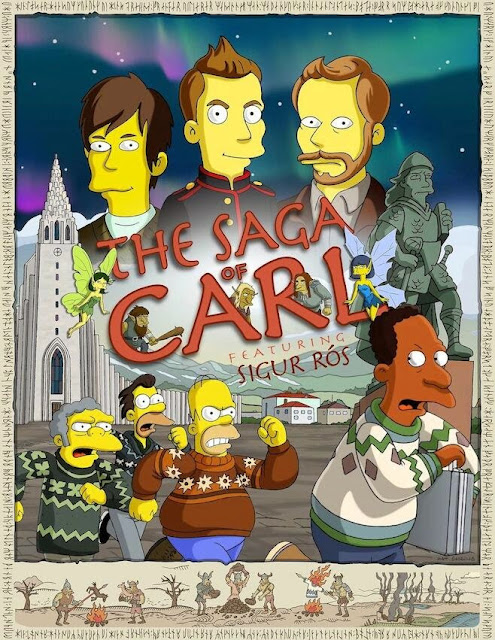 For RABF15 (also premiering tonight, May 19, 2013) DANGERS ON A TRAIN, Seth MacFarlane is our guest voice and he even gets to do a little singing. He sang his part a capella, so I didn’t get to direct him, but we did put a cool big band track behind him in post-production. You’d never guess from listening how piece-meal this song was assembled. 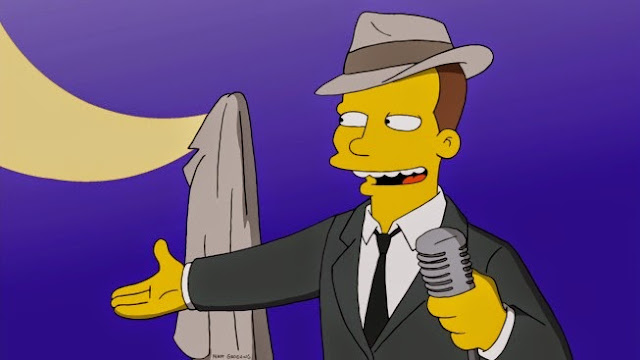 The last few episodes this season had a slightly accelerated schedule because, for the first time, we are airing back-to-back new episodes for the season finale.** THE SAGA OF CARL airs first at 8e/p, 7c, then DANGERS ON A TRAIN at 8:303/p, 7:30c on FOX.

While all the above was going on, voice recording for Season 25 is underway and we’ve already pre-recorded three new songs for which I did direct vocals. I’ll blog more about those later in the year.

So, if you haven’t seen enough blogging from me these past few weeks, now you know why. Now that the post-production part of the show is on hiatus (writing and recording of new episodes continues though), I’m going to take a little break. I’ll be back here in a few weeks with more on the show and my various random musical thoughts.

Thanks to all who take the time to stop by here. You seem to enjoy reading, and I certainly enjoy writing. 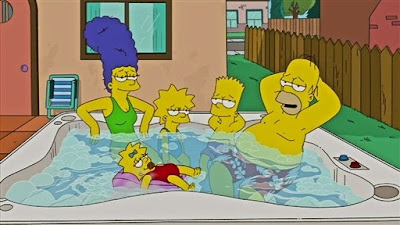 **UPDATE on May 31, 2013
After I posted this entry, I received a comment from SOLAR DRAGON asking “But weren’t ‘Homerpalooza’ and ‘Summer of 4 Ft. 2’ of season 7, ‘The Bart of War’ and’“Moe Baby Blues’ of season 14, ‘Home Away from Homer’ and ‘The Father, the Son and the Holy Guest Star’ of season 16 and ’24 Minutes’ and ‘You Kent Always Say What You Want’ of season 18 all back-to-back season finales as well?” The answer to all of the above is YES. Happy to set the record straight. 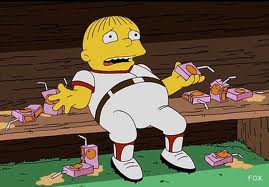 We’re normally off for most of October each year. Ever since FOX Sports started broadcasting the MLB Playoffs and World Series, THE SIMPSONS has been mostly off the air in October and often the first Sunday in November. Well, this year the San Franciso Ginats cut through Al Jean’s beloved Detroit Tigers in four straight games and suddenly we had to fill a couple of Sundays that were supposed to be preempted. Fortunately we had one episode “in the can” but we had to hurry up a bit to get more episodes ready to air. I am composing this blog from the dubbing stage as we finish up this little period of rush-work and prepare for a little time off for Thanksgiving. END_OF_DOCUMENT_TOKEN_TO_BE_REPLACED