The recent article at Vulture.com naming the show’s ten-best songs (as picked by our writing staff) motivated me to make my my own list.

Before I share my list with you, here are the criteria I set for myself when picking the songs:

I am not proclaiming these the “ten best Simpsons songs ever”; they’re not even necessarily my ten favorite songs. These are ten songs with special significance during my years working on the show.

OK, here we go…in alphabetical order so as to not give any one song more importance than another:

1) “America’s Back” sung by The Dixie Chicks; music and lyrics by Reid Harrison 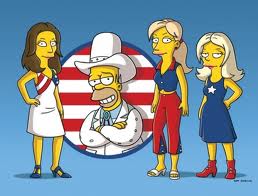 I was never much of a country music fan until my wife and daughters started listening to it in the early 2000s. Then I discovered The Dixie Chicks and was blown away by their musicality. I was very excited when I heard they were coming on the show and that a special song was being written for them. Directing them was a personal thrill and one of the true perks of having my job. 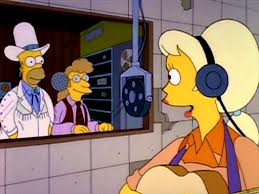 Right off the bat I break my own rule! Beverly D’Angelo wrote and recorded her vocals for this song without any input from me or Alf, but Alf wrote the great arrangement of the country band backing this track. This song never fails to please me because I really enjoy all the clever baseball double-entendres. I also remember being pretty impressed with Beverly’s singing ability. Shades of “Coal Miner’s Daughter”. 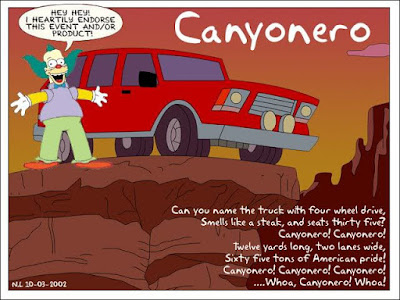 What a great homage to all those muscle truck ads and what a “get” to have Hank Williams, Jr. singing the jingle for us. He had a real hard time with “squirrel-squashin’, dear-smackin’ drivin’ machine!” but you could never tell from the final take. He was a great sport and fun to work with.

4) “Happy Just the Way We Are” sung by the entire cast; music by Alf Clausen, lyrics by Al Jean & Mike Reiss 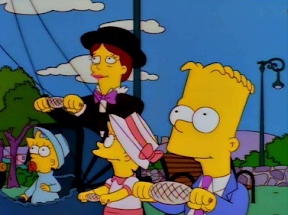 This was our first time doing a full-fledged musical episode. What about “A Streetcar named Marge” you ask? Well, that was a show-within-a-show. Our characters didn’t break into song to move the story forward. We had done many musical theater-type songs before this episode, but this was the first that presented an entire episode in the style of a Broadway musical.
Bonus material! On the day before we recorded the cast singing for “Simpsoncalifragilisticexpiala(AnnoyedGrunt)cious” my then twelve- and nine-year-old daughters had just brought home their best school report cards to date. I decided to take a hand-held audio cassette recorder with me to the session and ask a favor of our cast. I asked each of them to record a congratulatory message in character to my girls. They were happy to oblige. My daughters still get a kick out of this and they have played it for many of their friends over the years. Their friends think my daughters have a pretty cool dad. This song comes from one of the show’s most beloved episodes with one of its most beloved characters, Hank Scorpio. This was performed by the amazing Sally Stevens doing a great Shirley Bassey/Goldfinger impersonation. Did any of you think of this song when Ms. Bassey made her surprise appearance on the Oscar telecast this year? 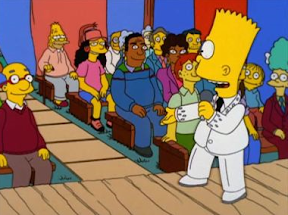 All I can say is this is one kick-ass chart! Horns blazing, Hammond B-3 organ whirling, Nancy Cartwright belting it out and loving every minute of it. When I recorded her singing, she had the most fun I think she’s ever had doing a song and she didn’t want the session to end. Before composing for THE SIMPSONS, Alf used to be the music director for “The Donny & Marie Show”. This type of arrangement was right in his wheelhouse and he did not disappoint. This is one track I never tire of. 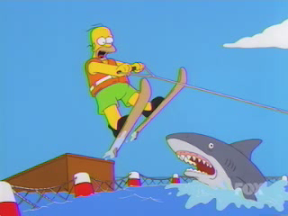 A take off on Billy Joel’s “We Didn’t Start the Fire”, we have another great track from Alf that has all the essence and flavor of the original while deftly avoiding a lawsuit. Dan’s reading (singing) of “What else do I have to say?!” is the best moment in this song for me. You should have seen his head-banging when he performed that line. Fabulous.

8) “We Do” sung by the entire cast; music by Alf Clausen, lyrics by John Swartzwelder 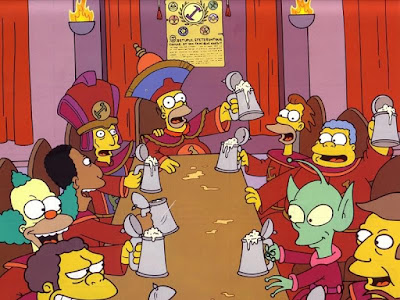 This song stands out for me as a unique musical contribution to the show. I don’t think there is a song anywhere else in the 24+ seasons of the show quite like it. This also has one of my thumbprints all over it. When I was directing the cast to sing “Who makes Steve Guttenberg a star?” we would check playbacks and it was hard to hear the “G” at the end of Guttenberg. So after many attempts without much success, I had them sing that final “G” as its own syllable – “Gut-ten-ber-guh”. You can clearly hear it on the track. Looking back, maybe it was a bit over-the-top, but you cannot mistake the name in the song. 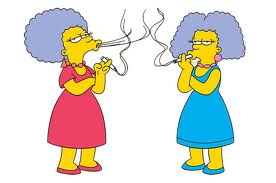 A song that, sadly, hit the cutting room floor. This was a take off on “I Love to Laugh” from “Mary Poppins”. As sometimes happens in our biz, there just wasn’t room for it in the final cut of “Simpsoncalifragilisticexpiali(Annoyed Grunt)cious”. What I’ve posted here is the pre-record version that was used for animation. The song was cut before post-production so we never put the full orchestra version behind it. Poor Julie had to do numerous takes of this while coughing and wheezing her way through each one. She could barely speak when we were done. I would have kept this song in the show instead of “A Boozehound Named Barney”.

10) “We Put the Spring in Springfield” sung by the entire cast; music by Alf Clausen, lyrics by Ken Keeler 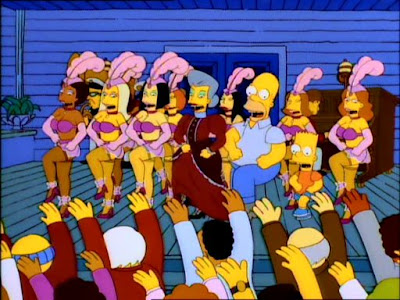 One of the best songs ever written for the show, this song won Alf the first of his two EMMY Awards for Best Song. It also had the most singing parts of any song to date. This was recorded LONG before the days of Pro Tools and digital editing. It was all captured on 24-track tape, and all the multiple takes had to be stitched together by me by “bouncing” (recording from one tape deck to another) all the tracks one at a time. Also, the cast did not sing this in a group recording. Each cast member sang their part individually. Of course, Dan, Nancy, Hank, and Harry each had multiple parts to sing. It was a huge accomplishment, one of my proudest moments in the show’s history.
Bonus material #2! A “song”, by definition, has music and words – it is sung (please stop calling any piece of music you hear a “song”). Since this is my “10 Songs” list, and I make the rules, I can bend them to my will! That’s how I roll! I leave you with a snippet of one of my (and quite possibly your) favorite cues from the show. Not a song, but I couldn’t leave it out of this post. 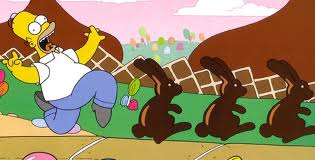