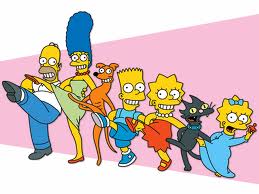 Sorry for the two-week hiatus from the blog. Between making so many new episodes in a row and spending quality time with my family for Thanksgiving, Simpsons Music 500 has had to take a bit of a backseat. Let me try to catch you up.

This past Friday (12/2/11), we spotted PABF03 “Politcally Inept, with Homer Simpson” in the afternoon and scored NABF18 “Holidays of Future Passed” in the evening. “Politically Inept” will air on Sunday, January 8, 2012 – the 10th episode of season 23, episode #496 as we inch closer to 500. The show was written by John Frink and will feature guest star Ted Nugent. 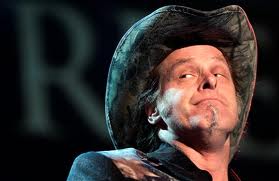 Homer unwittingly becomes the latest flavor-of-the-moment TV host/political pundit after an altercation on a commercial flight. Lots of jabs at similar msnbc/CNN/FOX News shows, political campaigns, and Ted Nugent even sneaks in a couple of singing performances. 28 cues totaling four-and-a-half minutes of music.

As I write this, we are finishing the dubbing of “Holidays” which airs this Sunday, December 11. Written by J. Stewart Burns, we jump 30 years into the future and see Bart and Lisa struggling as parents and learning that, for all their shortcomings, Homer and Marge were pretty good parents after all. There is an uncredited cameo voice appearance during a soccer match about five minutes into the episode. I’ll reveal the identity of the actor in the next post.

PABF01 “The Man in the Blue Flannel Pants” 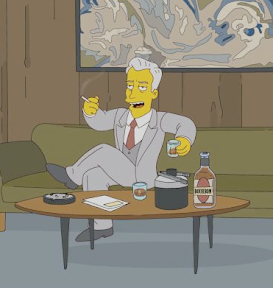 As I mentioned a few posts ago, this episode was a little light on music, but the performances by Dan Castellaneta and John Slattery were strong enough to carry the various emotions of the show without the need for a lot of support from music. When we spotted the show, many scenes rolled by without Alf or me volunteering any musical ideas because we were just wrapped up in the story. “Mad Men” creator Matthew Weiner had a brief cameo in the episode. He played one of the businessmen on the rafting trip with Mr. Burns. A fun tip-of-the-cap to the series that inspired much of this episode. The montage of Homer working at his new job was underscored by Henry Mancini’s theme from “Moment to Moment”, a 1965 noir-ish thriller starring Jean Seberg, Sean Garrison, and Honor Blackman. We licensed the cue and Alf created a beautiful arrangement of it for the montage. Then for the End Credits, Al Jean asked Alf to write his own theme in the style of the Mancini cue. While the main reason for having Alf write his own cue for the End Credits is cost-saving, it also affords Alf an opportunity to really stretch his wings and write “in the open” because he doesn’t have to compete with any dialogue or sound effects. Some of you may have even noticed that in recent years FOX has stopped doing the “squeeze & tease” on our End Credits (that stomach-churning practice of pushing the credits off to one side or the bottom of the screen while promoting the upcoming show) so that you can enjoy the music in all its glory. Alf’s “Blue Flannel Pants Theme” is thoroughly evocative of the Mancini cue while being absolutely his own. I’ve received many comments here on the blog, and on Twitter asking where the cue can be bought or downloaded. Unfortunately, it can’t at this time. FOX owns and controls all the cues that Alf composes for the show and until they decide to sell them in a CD collection, or to start releasing them to iTunes (or other download site) then you’ll just have to enjoy the music on the air, on Hulu, or you can BUY the episode at the iTunes store now, and eventually it will be available in a future DVD release.

This show was a pleasant surprise in that Joan Rivers gave (for me at least) a totally believable, earnest performance as Annie, Krusty’s agent and love interest from his beginnings in show business. Although her voice was totally recognizable as being hers, I was lost in the character and I wasn’t thinking “Joan” the entire time. My classical music education came in handy during spotting. Sometimes, Al or our dialogue editor Terry Greene will throw in a classical piece as temp music. Sometimes they do and sometimes they don’t keep notes on what pieces they’ve used. For the Itchy & Scratchy parody of “The King’s Speech” the music is Beethoven’s “7th Symphony” and for the Itchy & Scratchy parody of “Black Swan” the music is, of course, “Swan Lake”, but I knew which part was used in the temp – it’s called “Danse des Petite Cygnes” and it is the famous dance usually danced by four women with their arms linked and holding hands for the entire dance. I pointed out to Al that the music was for four dancers, not two, but he said that the music worked great for the scene and to go ahead and use it anyway.

The “King of the Hill” theme was the actual recording from the show, licensed for our use in this epsiode. The stage music for the “What’s in Krusty’s Pocket” routine is another example of Alf’s ability to make something look like it was conceived that way from the beginning when, in fact, he’s doing it all in reverse. An animated dance sequence should have the music pre-recorded so the animation can be done in correct tempo and style to match. But, as has been the case many times over the last 23 years, we see the scene for the first time after it’s been animated. Then the music is scored after the fact. Alf’s attention to detail and the use of the Auricle Time Processor makes it all come together with perfect results.

My other contribution to the episode’s music was suggesting that Krusty’s new arrangement of his theme for the new show be in the style of the theme for “Playboy After Dark” a kitschy 1960s TV show hosted by Hugh Hefner that invited viewers into the “Playboy Club” for a late night party. The theme for that show was cool and jazzy and just right for its time. Alf’s homage to that theme, wrapped around Krusty’s theme was very clever indeed.

Finally, I’ve received a number of inquiries this week about Joel Zimmerman (AKA deadmau5) appearing on the show. Apparently he tweeted some time ago that he was attending a SIMPSONS table read. Many who read the tweet took that to mean that he was guest-starring on the show. My highly-placed sources tell me sorry, but no. He was a guest at a table read, but that was the beginning and end of it. No plans at this time for him to appear in the show.

OK, that’s all for now. I’ll try to not let as many days pass before the next post. As always, thanks for spending some of your time here.

12 thoughts on “Politically Inept, with Homer Simpson (and other musings)”