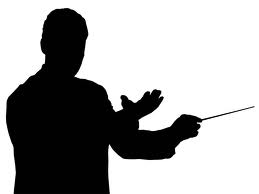 I can’t remember a time in my life that wasn’t influenced by music. My mother studied ballet as a youngster and loved all the dance music by the great masters. She also loved big band music and introduced me to Duke Ellington, Glen Miller, Count Basie, Stan Kenton, and Maynard Ferguson. My father was born in Mexico City and learned to love music that he heard on the radio. He especially loved the dark, brooding music that played as the opening for his favorite mystery show. Somehow, he did some research and discovered that the music was from the opening bars of the music for the ballet “The Firebird” by Igor Stravinsky.

Here are those opening bars (I’m referring to the first sixty seconds of this video, but feel free to listen to the whole thing and be amazed at the beauty of Stravinsky!)

For my father’s 9th or 10th birthday he received a wrist watch (not a gift to be taken lightly given the family’s meager finances). When he learned that “The Firebird” was going to be performed by a traveling Russian ballet company passing through Mexico, he sold his watch to raise the money to buy a ticket so he could see and hear what the music was really all about. His mother was none-too-pleased with the selling of the watch, but my father was forever hooked on dance, theater and live orchestral music. 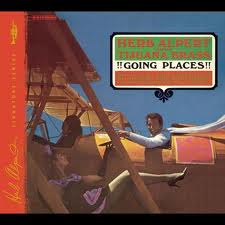 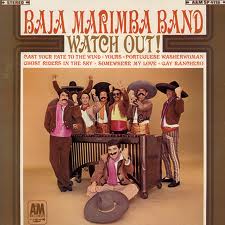 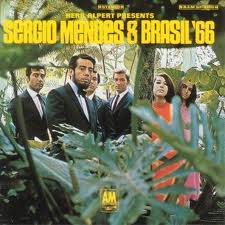 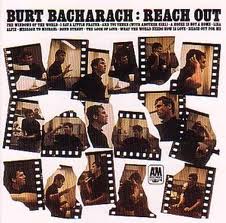 In the early 60s, while the British invasion was in full swing, I was listening, instead, to Herb Alpert and the Tijuana Brass. I also listened to many of the artists on the A&M label founded by Herb Alpert. Julius Wechter and the Baja Marimba Band, Sergio Mendes and Brasil ’66, Burt Bacharach. I took up the trumpet at the age of eight and decided I wanted to be Herb Alpert. I wasn’t as thrilled with playing the trumpet as I was with the notion of being the leader of a band. I spent many hours in my bedroom, learning to play trumpet with my right hand while conducting with my left. Bacharach recorded many instrumental tracks and I started practicing my conducting skills listening to the underscore cues from “Butch Cassidy and The Sundance Kid”.

Sidebar: One of my favorite cuts from the “Butch & Sundance” album is called “South American Getaway” which features vocals in the style of the Swingle Singers. Someone posted a copy of it on YouTube and I’ve included it here. The soulful female solo that starts at 0:51 is sung by Sally Stevens who, thanks to THE SIMPSONS and Alf Clausen, I’ve had the pleasure of meeting and working with for over twenty years now. I never dreamed that someday I’d get to meet the woman behind that fabulous performance. Keep working hard and you’ll be surprised at what and who can come into your life.

In 1970 “Raindrops Keep Fallin’ on My Head” from “Butch & Sundance” was a huge hit and at my elementary school it was chosen to be the song that the graduating 6th graders would sing at the ceremony promoting us to junior high school. I was chosen to lead the singing, my first conducting gig!

In 8th grade I was playing trumpet in the school orchestra. Every morning, instead of saying the Pledge of Allegiance we would play “The Star Spangled Banner”. I won’t bore you with the details, but the end of “TSSB” is difficult to conduct because it slows down and has two pauses in it. It’s always tricky to restart the orchestra from a pause. The teacher was having a hard time one day getting us restarted and I said something (I don’t recall exactly what I said) under my breath to a fellow trumpet player about what he was doing wrong. Of course, the teacher heard me and challenged me in front of the class: “So, do you think you can do it better, Ledesma?” As much of a smart-ass as I was, I didn’t have the chutzpah to say “yes” and apologized instead. To my great surprise and pleasure the next morning, the teacher ascended the podium and announced to the class that, “Ledesma will be conducting ‘The Star Spangled Banner’ this morning.” He stepped down and handed me the baton. He wasn’t being harsh – there was no attitude in his eyes or voice. He wanted me to try it. I did my thing (I also can’t remember if I was any more successful working through the pauses as he was, but I had a blast trying) and was hooked. No turning back. Thank you Henry Hull for one of the highlights of my musical life.

From that point forward it was all about conducting. I read books, watched conductors on TV, spent a small fortune of my and my mother’s money on LPs of orchestral works and study scores to learn what it was all about. I became a huge fan of Boston Symphony Conductor Seiji Ozawa and composer Gustav Mahler all in one sitting when PBS showed Mahler’s First Symphony under Ozawa’s baton one night in the 70s.

Here you can enjoy the final few minutes of Mahler’s 1st Symphony.

In high school I became student conductor and marching band Drum Major. I conducted “The Star Spangled Banner” at every home football game (Thanks again, Mr. Hull!) During summer programs and after I graduated I conducted the school musicals including “West Side Story”, “Gypsy” and “Evita” among others.

Then off to college as a conducting major. First at California Institute of the Arts, then at San Francisco Conservatory of Music. It was during my years at these two schools that something (or somethings) happened that altered my path. During my time at CalArts I got to meet and study under a young, up-and-coming new conductor on the scene named Calvin Simmons. 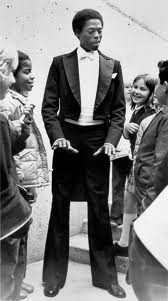 At the time he was the Associate Conductor under Zubin Metha of The Los Angeles Philharmonic and was guest conductor at CalArts for one semester. At one point CalArts wanted to hire him as the full-time conducting teacher, but The L.A. Phil said he had too many commitments with them and would not allow him the time to teach. Calvin and I had struck up a good student/teacher relationship and he took me under his wing as a private student. WOW!

The following year I applied to S.F. Conservatory and Calvin got the job as the Music Director of the Oakland Symphony. So, as luck would have it, we both moved up to the bay area and I was able to continue studying with him. One day over lunch I asked him a pretty direct question. “Why Oakland?” At the time he was only 29 years old and had already conducted in Los Angeles, New York, London, and Milan. He had already conducted at The Metropolitan Opera. The Universe was his conducting oyster and he could live and make music anywhere he wanted. No offense to Oakland, but ….. Oakland? Calvin had been born and raised in San Francisco and, just like Dorothy said, “There’s no place like home.” He had spent his younger years building his career as a globetrotter – he even told me that at times it felt like being on the bus with the Buddy Rich Band traveling from gig to gig – and this was his opportunity to settle down and have a home. He told me that building a conducting career in America was akin to building an acting career – it was as much about charisma and box-office appeal as it was about making music. In Europe, graduating conducting students go to work at the opera and begin an apprenticeship that takes you from prompting to accompanying, to vocal coaching and eventually to conducting. Not so in America – you have to be the “next big thing” for an orchestra to want to hire you. Oakland gave Calvin a chance to settle right in and in his hometown backyard to boot. He couldn’t resist.

Even though I was only 21 years old at the time, I knew I wanted to have a home and some day a family and Calvin had suddenly made it clear that that was not going happen any time soon unless I became the “next big thing”. I wouldn’t say my dreams were squashed, but I felt a bit deflated and took a long time to think it over. I returned to Los Angeles and started thinking about what to do next on my career path. I had to decide what was really important to me. The saddest part of this story is that only three years later, Calvin died in a freak boating accident in upstate New York. His whole life, both musical and personal, back in his hometown, was over before it had a chance to really begin. He lived a very full and exciting life up until then and was a great mentor and friend to me.

My transition from conductor to music editor is covered in an earlier post which you can read here. I’ve been very happy with my career choices and decisions over the past thirty years. I have the home and family I’ve always wanted and I feel like I’ve been as lucky in my personal life as in my professional. I’ve even been afforded many opportunities over the years to exercise my conducting muscles. Composer Steve Dorff had me conduct a few cues in PURE COUNTRY, DUDLEY DO-RIGHT and BLAST FROM THE PAST. Composer Mark McKenzie had me conduct an entire session of THE LOST CHILD for “The Hallmark Hall of Fame”. And, of course, I get to conduct our wonderful SIMPSONS cast and guest stars whenever they have singing to do.

As much as I (and many fans) would love for THE SIMPSONS to go on forever, we all know that it will end someday. Then, maybe I’ll pick up my baton again and embark on a second musical career.