If you saw The first 2 minutes of NABF17 “Bart Stops to Smell the Roosesvelts” last night, then you saw another couch gag animated by a guest artist. Like last year’s Banksy surprise, there was no advance warning that the couch gag you’d see was produced by John Kricfalusi, the creator of REN AND STIMPY.

Unlike Banksy, who leads a life of secrecy, John K. came by the dubbing stage last Tuesday night to guide our dubbing crew and give a few pointers. What a kick to have two pioneers in the recent renaissance of TV animation working together in the same room! 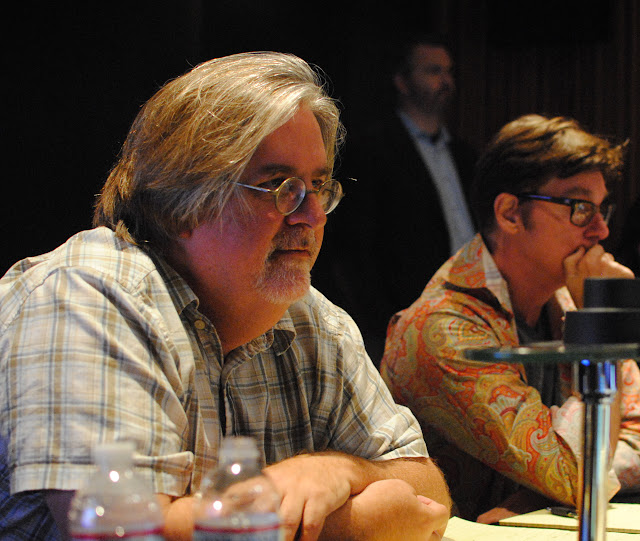 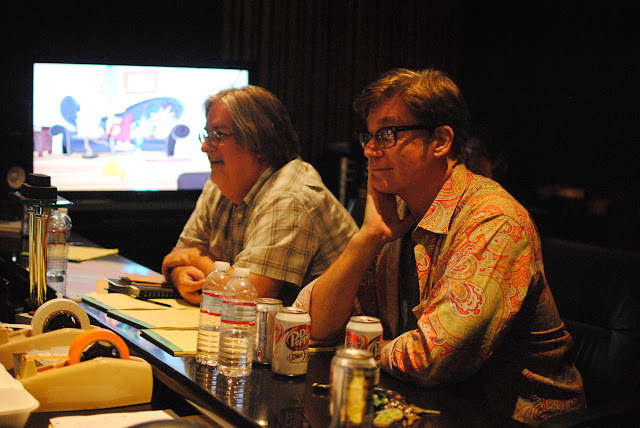 L-R Matt & John K. watch the dub (note the couch gag on the screen in background)

It was a long, but exciting day on the dubbing stage as we had spent a few hours finishing and polishing NABF20 “The Food Wife” with Matt Selman. A very funny and clever episode that will really appeal to all the food-bloggers out there. Let everybody know that the airdate has changed to Sunday, November 13, 2011 (and, of course, could change again).

John K. has posted some of his storyboard work for the couch gag over on his site. 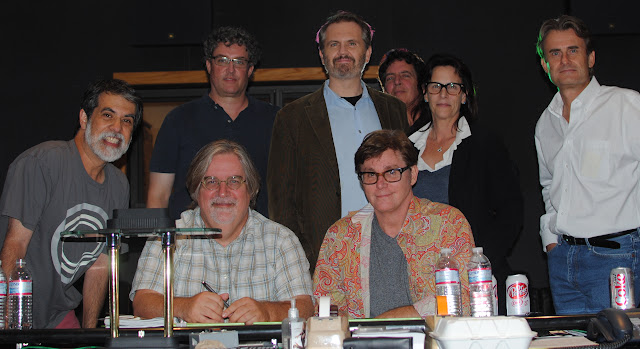